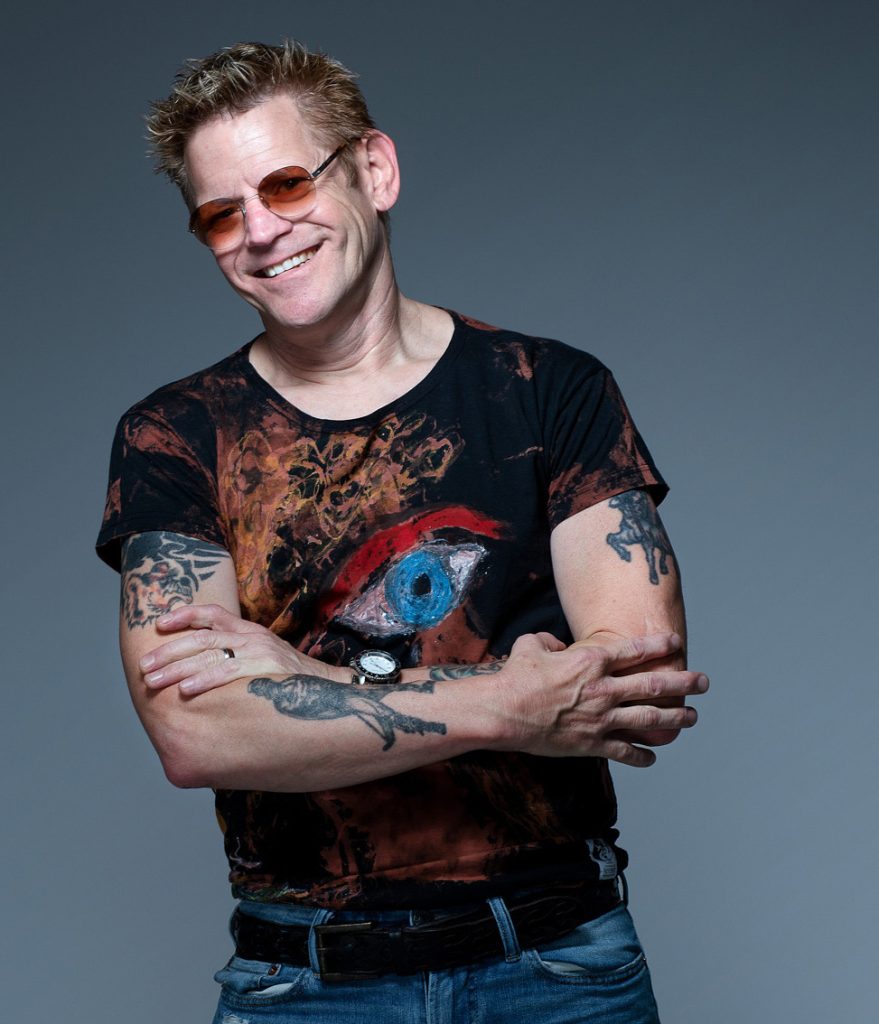 Bobby has 40 plus years of playing guitar and studying music to his credit, he earned his first degree in Music and Composition. Following that he got his second degree in Sound Recording Technology and is currenting working his BA at Berklee College of Music in Music Production while also earning a secondary degree in Visual Arts /Photography & Video and Mass Media Production.

With 5 solo albums and numerous recording and live performance to his credit, he built his own recording studio and has worked with such artist as Grammy winning Producer Mark Hudson, Guitarist Earl Slick ( David Bowie, John Lennon, Phantom Rocker & Slick ), Brett Kull of the band Echolyn and who also co-produced and preformed with as well .

He’s also the Host of Hair’Em ~ 80’s Hard Rock’n Music & MORE! radio show and is the co-host of THE KISS ROOM radio show with host Matt Porter. Bobby’s also one of THE CORES 4 on THE METAL SUMMIT which is a weekly steaming show brought together to interview the artists related to all things in the Rock and Metal world.

Bobby has always had a passion for photography, starting off back in the mid 1970’s when his mom gave him her old Kodak Brownie Hawkeye camera (long before the daze of the iPhone and Selfies). In the 90’s he always had a camera with him to his travels throughout Europe, Israel and in Russia. In the 80’s one of his favorite photographers was and still is world-renowned Mark “Wise Guy ‘Weiss. Mark is known for shooting some of the most iconic photos through that decade with the likes of Ozzy, Motley Crue, Twisted Sister, Bon Jovi AND NOT TO MENTION TONS OF GRAMMY WINNING ALBUM COVERS .

Over the past 5 years he has been shooting at some of the biggest (and not so big ones) Music Festivals and Concerts; from KISS, Metallica, Elton John, THE WHO, M3 Rock Fest, Jimmy Buffett just to name a few. Bobby is also going to be learning and interning with Mark Weiss in Gatlinburg, TN for MONSTERS ON THE MOUNTIAN (4 day 80’s METAL Festival with some of the top bands. Bobby will call be the official photographer for KRUISE FEST 2022 in October right before sailing out on the LAST KISS KRUISE.

“Growing up I always worried that being too diverse and eclectic set me far apart from the crowd , but as I got older I LOVE FOLLOWING TO THE BEAT OF MY OWN DRUM“ ~ Bobby

And with that, Now Let’s Find YOUR Drum